The Bain family murders took place on June 20 in 1994. Five members of one family were shot as they lay sleeping at 65 Every Street, Andersons Bay, Dunedin.  Only the eldest son was spared.  Four days later the son, David Bain, was charged with killing his family. Black Hands

Twenty three years later leading Fairfax investigative journalist Martin Van Beynan, from The Press  and stuff.co.nz has written Black Hands, a ground breaking podcast series that tells the story of one of the most controversial murders in New Zealand’s history. (Click here to read the special report from Stuff.co.nz) (Click hear to listen on a desktop or to download)

Co-produced with leading content production company Tandem Studios, Martin invites listeners to be the judge as he tries to unravel the mystery of that terrible day in 1994 in Dunedin.

In this 10-part podcast series

Martin says, “that it is never too late to look for answers to a horrific murder”. He spent three years reinvestigating the Bain case and has carefully examined evidence from two trials and five major enquires.

Martin guides listeners through the complex evidence and produces new material that sheds light on the murky issues.  The podcasts include audio from the trials along with the spine tingling 111 call David Bain made to the police to report the murder of his family. 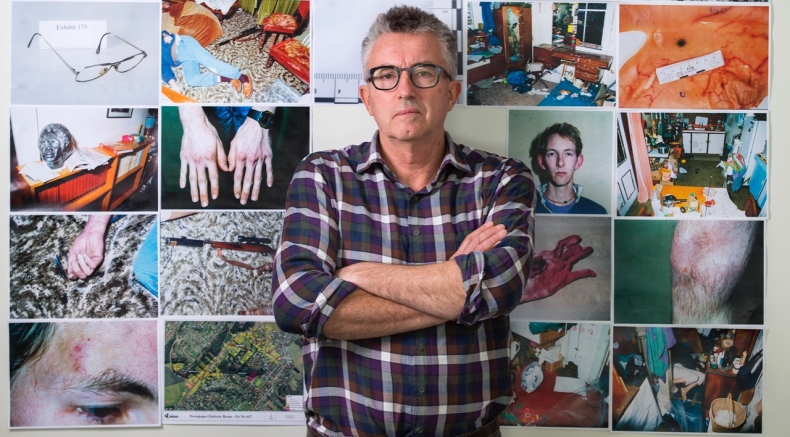 Photo by JOSEPH JOHNSON / THE PRESS

“It was a pleasure working with Martin and the Fairfax team on this important podcast series. Black Hands is a quality production and from the beginning we wanted to produce a compelling series that could be compared to Serial the first spinoff show from the creators of This American Life as well their S-Town podcast series.

Tandem Studios is a leader in the field of video production, live streaming and podcasts.  In 2005 Tandem produced a world-first podcast election series and over the years has produced a wide variety of content for multiple channels, including more than 40,000 youtube videos.