Farming stories on TV and online

Welcome to our team Iconic rural broadcaster Rob Cope­-Williams as together we create a new farming show, On The Land.

Rob is one of New Zealand’s longest serving television hosts having presented Rob’s Country on CTV for more than 20 years.

On The Land will allow farmers to have 24/7 access to the show via its website, YouTube channel, Facebook page and podcasts. Produced in Christchurch, On The Land will also be seen by a national audience through FACE TV (Channel 83 on Sky TV every Sunday night at 8pm).

At Tandem we think the show will have a great impact on the South Island’s rural community with local content screening to a national television audience.

On The Land is our first programme made specifically for multiple platforms, combining digital media with a national television audience, we will be able to meet the needs of farmers by keeping them up to date with quality video information at a time that is convenient for them.

The advent of more digital platforms means now more than ever content is king.

As we are seeing with the arrival of Netflix, Lightbox and a myriad of other on­ demand services, the channel is not important. Easy access to quality content is what matters.

A key feature of the On The Land will be the LaBon website archiving of video, making it easy for farmers to focus on specific areas of interest. The content will be edited into small segments and will be easily searchable, with viewers able to share content via their own organisation’s website and social media channels.

On The Land is part of the vanguard of the new world of media. Everybody, including farmers, is becoming used to consuming content online. What was previously a fringe area of media is now becoming mainstream.

The first On The Land will screen this Sunday (April 5) on FACE TV and Channel 83 on Sky TV at 8pm and will feature an interview with Primary Industries Minister Nathan Guy at the South Island Agricultural Field Days. All videos from each show can be viewed at our website and through Facebook and YouTube along with the audio podcast being available for download. 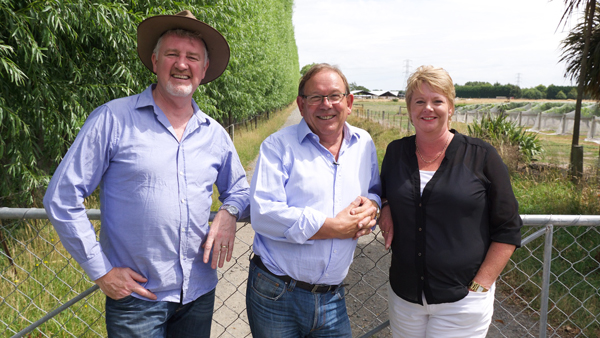