and then did all the photo's and video production for, featured on network news and online news sites and resulted in a #1 hit on the New Zealand iTunes music charts and number 3 on the official top 40 chart. (As at 7pm on August 13, 2013) Let’s record a song A few months ago Andi Ellis and members of  Canterbury’s own Crusaders asked us to record the vocals for a song they had written. Dan Carter approached Op Shop’s Jason Kerrison who helped write some music for the track. 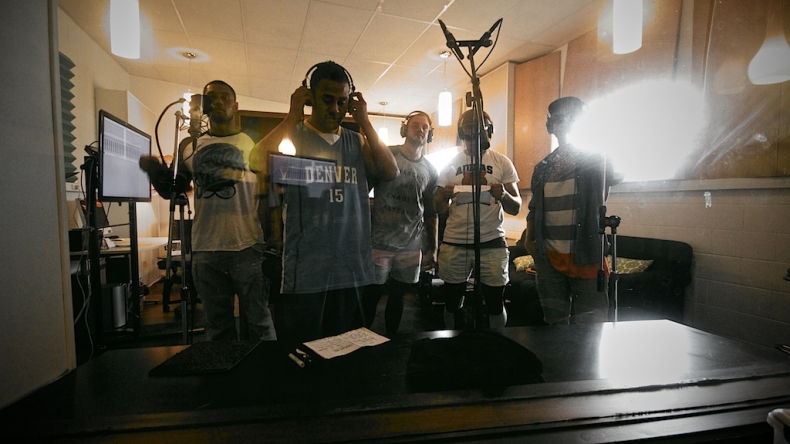 Let’s collaborate C-City brothers band members are Andy Ellis, Israel Dagg, Willi Heinz, Telusa Veainu and Robbie Fruean. They recorded the vocals at Tandem Studios music recording facilities. We sent off the vocal tracks and Jason, Josh Leys, Rich Bryans, and Chris Van De Geer at bigpopstudios created the new music and mixed, produced and mastered the track and “Never Walk Away” was born. Let’s make a video We needed a great video to go with the track so our video production crew swung into action but had only two hours to film the C-City Brothers at Rugby Park on one of the Crusaders’ rare days off and thankfully we'd had the foresight to video the earlier vocal recordings. On the day we had to plan and execute our filming very efficiently and had a clear story framework for the video. While there we took all photos for media and sent one too Vicki Garland of Splashdown Design who used it to create the C-City Brothers logo, we also used one of the photo's to create the artwork for the iTunes download of the single with all the other photo's made available to share with the media. We also put together a video interview with the five members of the band that was shot in high definition and suitable for broadcast. (see below)

Let’s make it a hit Jason Kerrison called on Lindsay Rea (Control Freak Music) to get the track up on iTunes – with the proceeds all going to one of the Crusaders’ charities – the Cystic Fibrosis Association of New Zealand. Erin Jamieson from Convergence Communications & Marketing and Anne Newman from the Canterbury Rugby Football Union worked together with Paul Ellis (Paul Ellis Publicity) and the Crusaders to pool their media contacts and use all their expertise to ensure that the single made a big media splash on all the major media TV networks, newspapers, radio and all of their websites. In addition we had a big social media push such as All Black Dan Carters twitter page having 230,000+ followers. Eventually media interest extended to The Guardian in the UK who named it 'The Team Sports Song Of the Year' and Fox sports in Australia

Let’s take stock The Crusaders’ loss to the Chiefs meant that we delayed the release of the single until after the Super Rugby final. In the meantime we had all our content ready to go and uploaded into a Dropbox folder where media could download photos, the music video and the interview video, the media release and the C-City Brothers logo. This worked really well with all media featuring this content through all their media. Let’s go

So with a lot of goodwill, great planning and the celebrity factor on our side we launched the single. The single rocketed up the iTunes charts to number one that same day and became number one on three of the iTunes charts. It has now attracted more than 112,000 views on YouTube and more on the NZ Herald website, as they uploaded the music video into their own online video player. With the Crusaders and All Blacks utilising their extensive social network following the story quickly became an international sensation. Everyone involved in the project donated their time with all proceeds going to cystic fibrosis. It was all great fun for a great cause and we couldn’t be more delighted to have been a part of this wonderful success story. Cystic Fibrosis website link to iTunes single Link To C-City Brothers Facebook page (so far 6928 likes)